Australians are installing home solar systems in record numbers, but for many, it’s all a bit confusing. The what, why, and how of installing a system might be too complicated, and turn people off the topic altogether. That’s why we’ve put together this short article for the novice, explaining exactly what home solar systems are, how they work, and why you should invest in one. 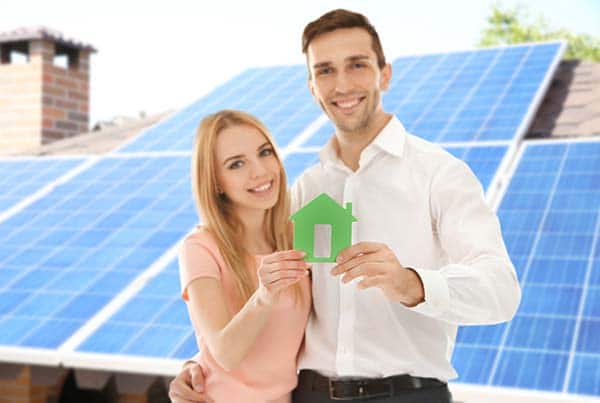 First of all, why make the switch to a solar system?

There are two main reasons why you should make the switch to solar power; money and the environment.

With electricity prices continuously rising, and solar panels becoming cheaper, it’s only a matter of time before everyone will be using home solar systems – it simply makes financial sense. In fact, The Clean Energy Council estimates that the average Australian household will save $1,034 per year on their electricity bill by converting to a simple 3 KW solar system.

The second reason is more important than money.

We are on the brink of a disaster with the amount of carbon we’re pumping into the atmosphere, and things need to change. Some countries are bounding ahead with plans to reduce their emissions, and as a nation, Australia is making the switch to renewable energy, shutting down coal factories and building solar farms.

Everyone can play their part, and by installing a home solar system the average home will eliminate up to 4 tons of carbon a year. That’s the equivalent of planting 100 trees!

With no moving parts and no waste product, solar panels seem to work by magic, but it’s just some basic physics.

The beauty of solar panels is in their simplicity; two silicon plates and that’s it. The clever part is how these two plates are treated.

When sunlight hits the panels, they excite the electrons on one plate, which then allows them to move across to the other side, and thus creating electricity.

As these free-flowing electrons are the only moving part in a solar panel, and always return to where they started, nothing gets used up or worn out. This allows solar panels to last for decades, meaning they are a wise and long-lasting investment.

The various parts of a home solar system

The panels are the part of the system which “capture” the sunlight. They are actually made up of lots of smaller units called photovoltaic cells which are all linked together and work as one.

Solar panels obviously need unobstructed access to sunlight, and will usually be north facing here in Australia. If installed on a flat roof, panels can be aimed towards the sun at the optimum angle for sun exposure, which in Adelaide is 35°.

Once the panels capture the sunlight and transform it into electricity, it is the inverter’s job to make the electricity usable in your home.

It does this by converting it from Direct Current (DC) to Alternating Current (AC). The national power grid runs on 240v AC current, so all electrical appliances are built to these specifications.

Once the inverter changes the electricity, the power can then be used in your home to run anything from hairdryers to fridges.

For those who oppose solar power, their biggest argument is always the same – “What happens when it’s cloudy?”

Well, this is where batteries come in.

When the sun is shining throughout the day (and usually when people are at work/school and not using it), the electricity is collected and stored in a battery. It can then be used at night or on cloudy days.

Not all home solar systems have batteries however, so any excess electricity is fed back into the national grid. It’s not wasted, and the electricity company will pay you for any energy you supply, but having a battery means you use your own electricity, and you are not reliant on anyone else.

Batteries are a relatively new technology and are expensive, but can reduce your demand on the grid by an astonishing 75%, saving you thousands of dollars in the long term. 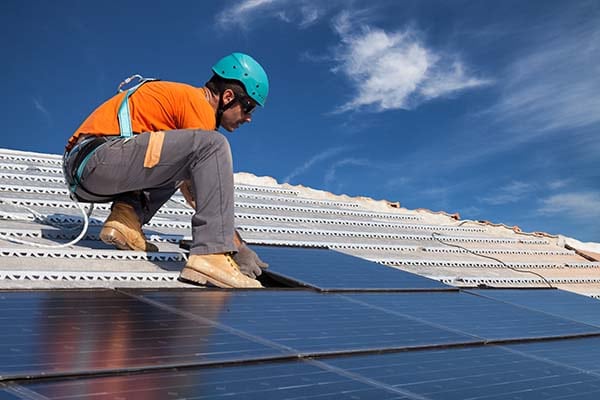 Installation of a home solar system takes approximately 1-2 days, depending on the size of the system.

Our installers are Clean Energy Council (CEC) accredited and qualified licensed electricians, so you can rest assured we put safety first. And of course, all our systems are designed and installed according to Australian Safety Standards.

Call us for all advice on home solar systems

When you call us to discuss your home solar system you’ll be speaking directly to the accredited designer, not a sales person, so you will receive expert advice upfront.

We use specialised design software to ensure that your system is designed and installed to deliver you optimal return on investment, saving you as much money on electricity as possible.

The price of electricity in Australia has more than doubled in the past ten years, and it’s only going to get higher.

In a few years, it’s estimated half of all the homes in the country will have solar power systems.

Don’t wait to make the switch.

Sustainable energy comes to the forefront after recent US disastersPrevious Post
As demand for solar energy grows, so does Bright Earth Electrical!Next Post