Sustainable energy comes to the forefront after recent US disasters

After the recent natural disasters to hit the United States, sustainable energy has led the way in the recovery efforts.

With the devastation leaving millions without power, water, and other essential supplies, rescue teams are arriving with portable solar generators, bringing with them light, heat, and hope. 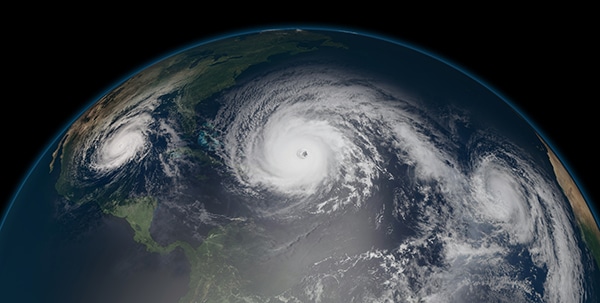 On August 26th, Hurricane Harvey made landfall in Texas, making it the first major hurricane to make landfall in 12 years. It was wettest tropical cyclone on record in the United States, dumping an incredible 165 cm of rain. This of course led to widespread flooding, leaving thousands of people stranded and killing at least 75.

It was Florida’s turn next, with Hurricane Irma hitting on September 10th, after having made its way up through the Caribbean.  The storm caused catastrophic damage in Barbuda, Saint Barthélemy, Saint Martin, Anguilla, and the Virgin Islands, killing at least 132 people, with the majority of those in the United States.

Less than a fortnight after Irma, Hurricane Maria followed along the same path, turning out to be the costliest hurricane to ever hit the region, causing an estimated USD$91 billion of damage, and claiming the lives of at least 78 people, with many more missing.

Houston is the central hub for the energy industry in the United States. It is important for oil imports and exports, with two largest refineries in the country in the vicinity. It is a significant storage area for oil and refined products, with much of the Strategic Petroleum Reserve close by.

Hurricane Harvey has put a question mark over all of that. The storm has exposed the vulnerability of the refineries to hurricanes, which experts say are getting stronger and more frequent due to climate change.

The fallout from this could mean sustainable energy sources could receive a major lift, as refineries and pipelines are shutdown or relocated. Less production of oil means a spike in price, which naturally increases the demand for cheaper, renewable energy. 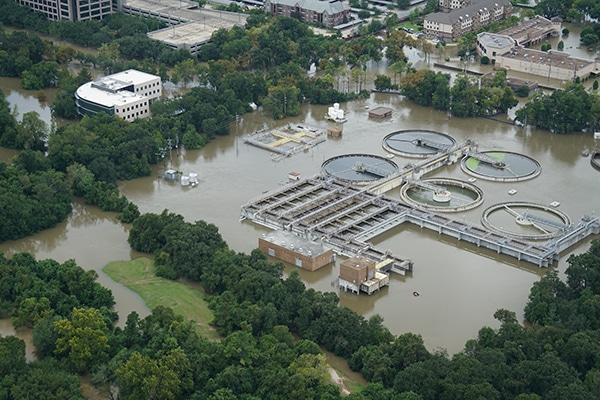 After hurricane Irma hit the state, almost three million homes and business were left without power.

In an astonishing example of corporations putting profit before people, the Florida Power and Light (FPL) company, which is a major supplier of electricity to the US state, stopped people from using their solar systems in a state of emergency.

After the company contributed $15,000 to Republican Representative Ray Rodrigues’ campaign, anti-solar laws were passed, which prevented homeowners from going off the grid and supplying their own electricity.

Of course, anywhere else in the world, this is called corruption, but in America it’s called “lobbying”, and it’s perfectly legal.

With many in Florida receiving an unfortunate wake-up call with regards to their electricity supplies, Hurricane Irma might be the catalyst needed to change the State’s laws regarding solar energy.

The irony of Florida being known as the Sunshine State isn’t lost on us either.

Last month the island of Puerto Rico was hit by Hurricane Maria, the strongest hurricane to hit the island in almost a century. This category 4 hurricane lashed the US Territory with 240 kph winds and dropped over 50 cm of rain in just a few hours.

Having been hit by Hurricane Irma a couple of weeks before, the island was already suffering from mass power cuts. Sixty thousand people still didn’t have electricity when Maria hit, and unfortunately, they were joined by the rest of the population the next day.

The good news is, unlike the people of Florida, Puerto Ricans are allowed to use solar panels to generate electricity.

Walter Meyer, a Miami native with Puerto Rician roots, has set up an initiative aimed at immediate-term and long-term recovery in Puerto Rico after Maria.

His non-profit group, The Coastal Marine Resource Centre, flew a shipping container full of solar panels, electrical inverters, and generators to the island, where they will be distributed and assembled by a team of expert volunteers. Each container can create enough energy to provide 20,000 people with electricity.

The solar generators are built at three scales, with the smallest producing sufficient energy to power a fridge, fans or electric chainsaws, for example. This obviously helps with short-term objectives, like clearing debris, storing food and keeping lights on.

Despite some people fighting scientific consensus, climate change is not only real, but we’re already seeing its effects.

There are clear signs that the rate and strength of these hurricanes are related to climate change, with warmer air and wetter weather playing a big factor.

As we continue to warm the planet by burning fossil fuels, weather conditions are going to become more extreme.

Thankfully, much of the world is starting to make the change to sustainable energy, with investment in wind, solar and geothermal energy reaching record levels.

Everyone can play their part, and if we all make the effort, we can make a difference before it’s too late.

Contact Bright Earth Electrical today, and make the switch to solar power for your home.

Not only will you be doing your bit for sustainable energy, you’ll also be taking the first step to self-reliance when it comes to your electricity – something the people of Florida are now realising is important in the face of a natural disaster.