Which countries are leading the way in renewable energy?

The global switch to renewable energy has well and truly begun.

Every year a higher and higher percentage of the world’s energy comes from renewable resources, such as solar, wind and geothermal.

While some countries are fighting the inevitable, many are bounding ahead, increasing their production of renewables and diminishing their reliance on fossil fuels. 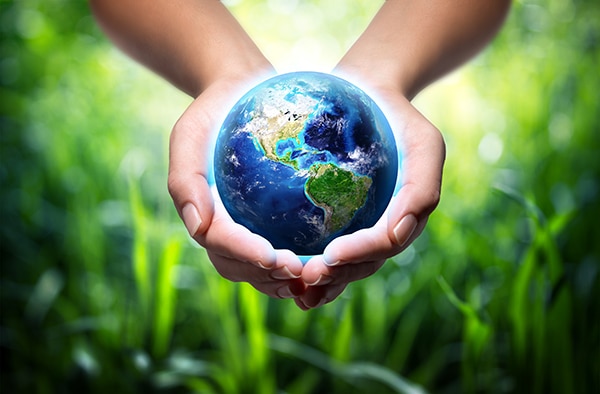 Leaders of the renewable energy revolution

We take a look at the leaders of the renewable energy revolution, what they’re doing, and how it will change their societies.

China holds the enviable title of the world’s biggest investor in renewable energy. By spending billions, both home and abroad, they are solidifying their dominance of the market, including emerging technologies.

In Australia, many are surprised to learn that EnergyAustralia is owned by China Light and Power, who have just struck a deal worth over a billion dollars to buy power from wind and solar farms.

India is backing up the promises made by its Prime Minister at the Paris climate talks in 2015, and has already started on its plan to add 160 gigawatts of renewable energy over the next four years.

Clean energy is essential in a country of 1.3 billion, many of whom don’t have access to electricity or running water.

Solar power especially is becoming increasingly cost-effective, and in just a few short years, India has installed nearly as much solar capacity as the three top U.S. states combined, making India the fourth-largest solar power country in the world.

With the government recently cancelling the proposed building of four new coal plants, instead favouring solar as their preferred energy choice, it’s clear that a decision has been made at the top to make the switch to clean energy.

Surprisingly, German has the record for solar photovoltaic capacity, with 78% of the country’s electricity demands met at one point last year.

The country has a national policy called Energiewende, created to make the switch to renewable energy. It requires the phasing out of nuclear energy by 2022 and reducing greenhouse gases at least 80 percent by 2050. 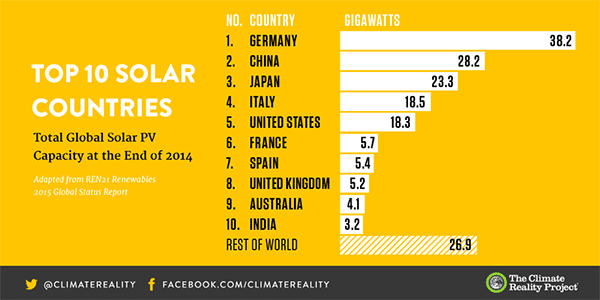 An astonishing 99% of the energy Costa Rica used in 2015 was renewable, and aims to be 100% carbon neutral in just 3 more years.

The country is a small place, with less than 5 million inhabitants, and that, coupled with its heavy rainfall and copious rivers means most of the electricity was generated by hydroelectric plants, with the rest coming from solar, wind and geothermal.

The same stunning landscape that draws tourists from all over the world is also responsible for Iceland’s incredible record when it comes to renewable energy.

Iceland creates the most clean energy per person on earth, and is the only country in the world which gets 100% of its energy from renewables.

The many glaciers and mountains in the country are perfect for hydroelectric power, while the rest of its electricity (about 13%) comes from the many geothermal fields the country is famous for. 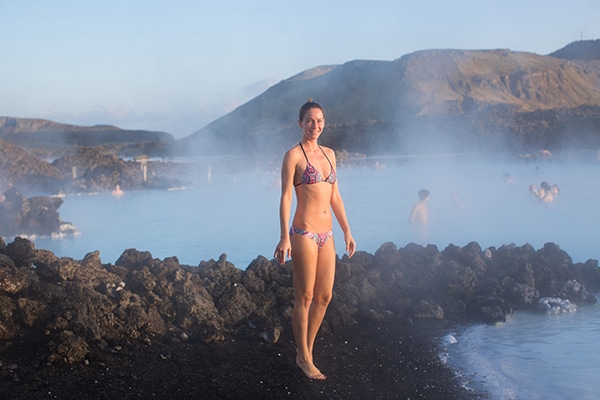 With solar costs hitting new lows in 2016, and record numbers of jobs in the renewable energy industry, the revolution has started.

Big changes are coming to the electricity industry, especially in South Australia.

The price of electricity in Australia has more than doubled in the past decade, and prices are only going to rise as time goes on.

Solar power is dropping in cost every year, and the average Australian family is starting to catch on.

It’s estimated that by 2030, half of all the homes in Australia will be self-sufficient when it comes to their energy consumption, and it’s not hard to see why.

If you would like to install a solar power system, or have any questions about how they work or the options available, you can contact Bright Earth Electrical today on (08) 8294 0595.