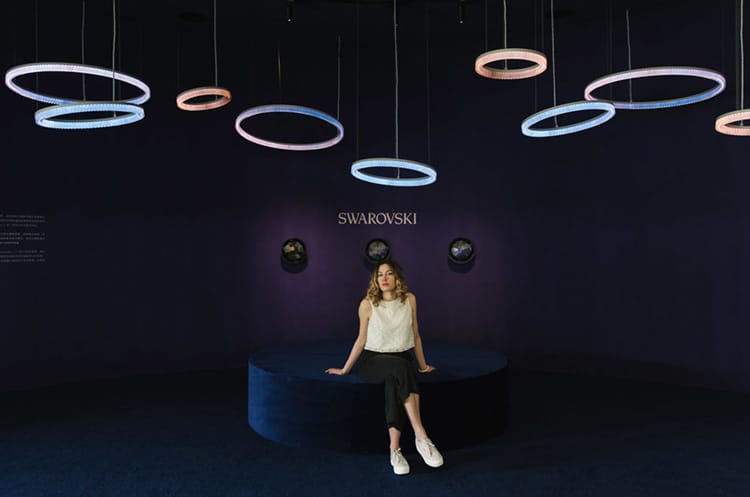 Solar panels are amazing. They convert the free, abundance of sunlight we receive here on earth and transform it into useable electricity, all without the use of moving parts or their own power source.

And while they may just be the key to our future, there is a problem in that they are exactly the most aesthetically pleasing appliances we’ve ever made.

To solar designer Marjan van Aube, this was a challenge she wanted to take on – how to make solar panels more appealing.

Marjan van Aubel is an award-winning solar designer whose work and research span the fields of sustainability, design and technology.

Her design work redefines the relationship between solar technology and its everyday use, aiming to speed up the transition of solar power replacing current forms of electricity.

Her work is also part of the permanent collection at the Museum of Modern Art in New York, the Vitra Design Museum, and the National Gallery of Victoria in Australia.

In Dec 2018, Marjan gave a Ted Talk on the subject of solar panels, and their aesthetic appeal.

In the talk, she explains how she was hiking through the Austrian Alps, when she came across a beautiful stone hut. Even though this was a remote hut in the middle of the mountains, it had solar panels on the roof, making it self-sufficient.

As amazing as that was, Marjan still had one thought; why do solar panels have to be so ugly? 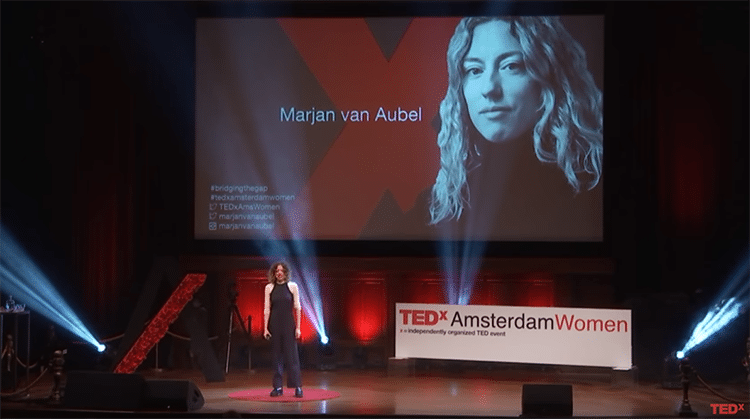 The ultimate goal with solar

After reading a book called “Solar revolution”, Marjan discovered that the sun provides us with enough energy in one hour to power the entire planet for a year. It was this revelation that made her realise she wanted to focus exclusively on solar power.

“Scientists all over the world have been focusing on making solar panels more efficient and cheaper, so the price of solar has dropped enormously. At the same time, their efficiency has increased a lot. But if you think about the image of solar cells, it’s kind of stayed the same for the last 60 years.”

Marjan believes that solar cells need to be better integrated into our environment, and this can be achieved through intelligent design. This is how we make solar panels more appealing.

One example of how Marjan uses design to harness and improve solar power came through the crystal company Swarovski. 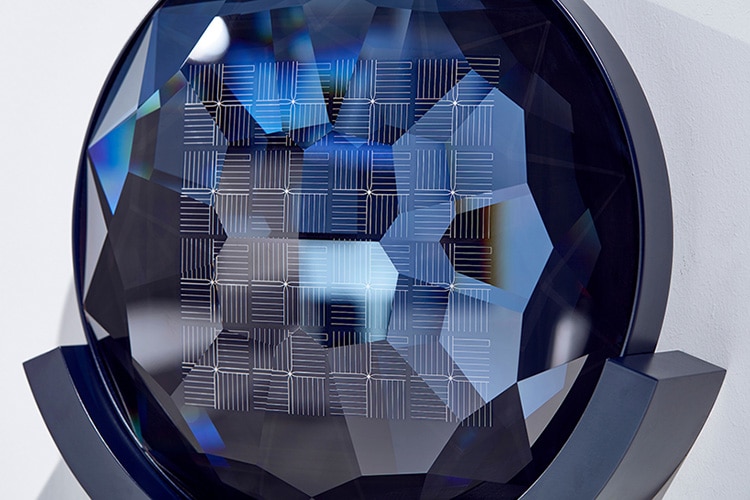 These gorgeous crystals don’t look like your typical solar panels, but the work in exactly the same way.

The latest solar technology is called dye-sensitized solar cells, which are coloured solar cells based on the same processes that photosynthesis uses to convert sunlight for plants.

As a designer, Majan immediately began to think where she could use these colour solar cells in everyday life and came up with the idea for The Current Table.

The table top is coloured solar cells, which convert sunlight and store it in the legs of the table in which batteries are hidden. From here you can charge devices through USB ports, and even use an App to follow how much light the table is getting and how full the battery is.

The Current Table was followed by the Current Windows, which were installed in a gallery in Soho, London, so people from the street could come and charge their phones through the window ledges. 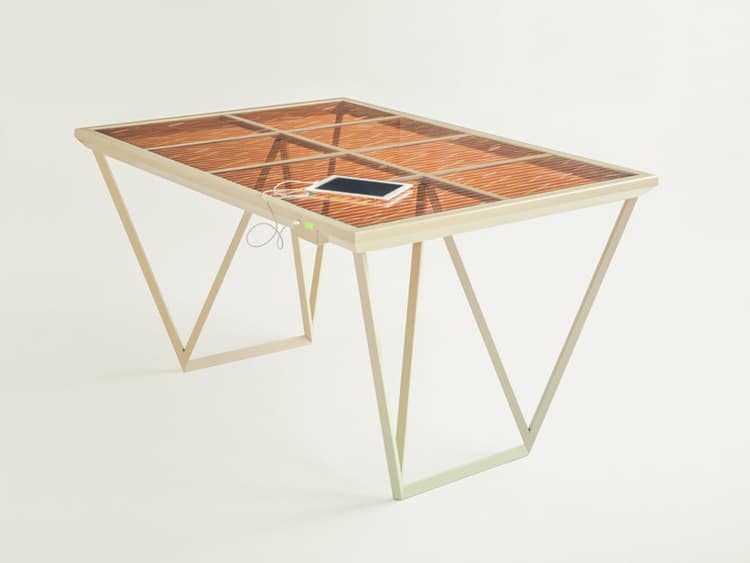 What’s next for Marjan?

Marjan’s aim is to not only make solar panels more appealing, but to make solar cells accessible to everyone, especially people living in cities.

“I was driving in the train through the Westland, the area in the Netherlands with all the greenhouses. There I saw all this glass and thought, what if we integrate those with transparent solar glass?”

The idea is to have rooftop glasshouses on each building, which combine solar technology with farming technology, creating an independent ecosystem allowing every building to grow its own food.

“As more and more people will live in big cities, by placing Power Plants on the rooftops you don’t have to fly it in from the other side of the world, you are able to grow it on the location itself.”

“We now have the opportunity to make solar cells accessible to everyone. I want to bring solar close to the people, but beautiful and well designed.” 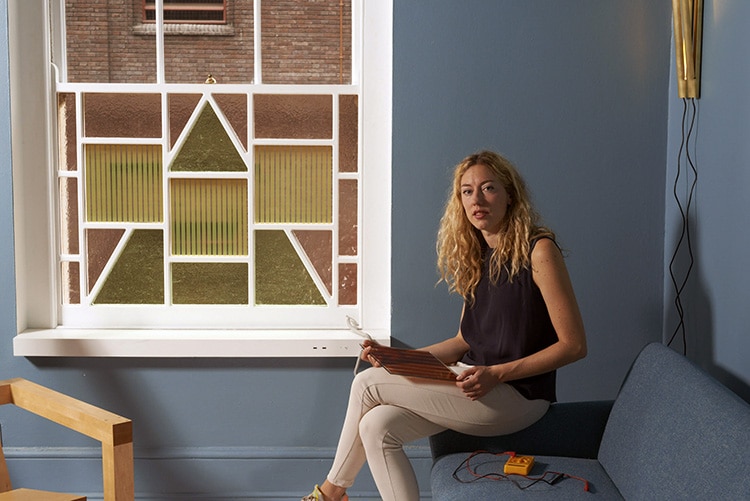 The technology which Marjan is using to create these wonderful everyday items will soon be the norm.

Solar technology is becoming cheaper by the month, while the efficiency of the cells is increasing. This is helping in the fight to make solar panels more appealing.

Join the solar revolution today and let’s get the ball rolling on saving the planet by becoming less dependent on fossil fuels.

If you would like to know more about installing a home solar system, then please contact us today.

Our friendly and expert engineers will be happy to answer any questions you may have.

Why Q Cells solar panels are the best on the marketPrevious Post
Solar panels, inverters and battery storage - the 3 things you need for the perfect home solar systemNext Post