Have you heard the news? Tesla’s solar power roof tiles are the future for home solar polar.

And while not much has happened commercially in the last 12 months, things are set to ramp up in 2018, with orders for the tiles breaking records in the United States.

With Tesla already making huge waves here in Australia, it’s only a matter of time before these new solar roofs are being added to suburban homes, so we’ve put together this short article with some of the questions you may have. 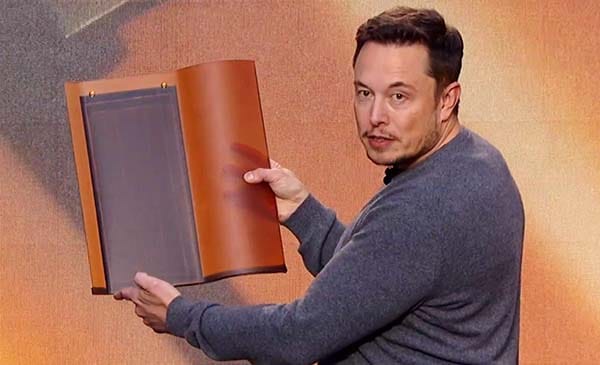 What is Tesla’s Solar Roof?

Imagine having invisible solar panels on your house. Well, that’s basically what Tesla’s new invention is.

Traditional solar panels can be unsightly at best, but these solar tiles don’t go on top of your roof the way traditional panels do. Instead, they actually replace the existing tiles.

These solar tiles not only look just like regular roof tiles, but, amazingly, are tougher, last longer, and are cheaper to make!

“We are reaching record CO2 levels, global warming is a serious crisis and we need to do something about that. We need to make solar panels as appealing as electric cars have become.” – Elon Musk 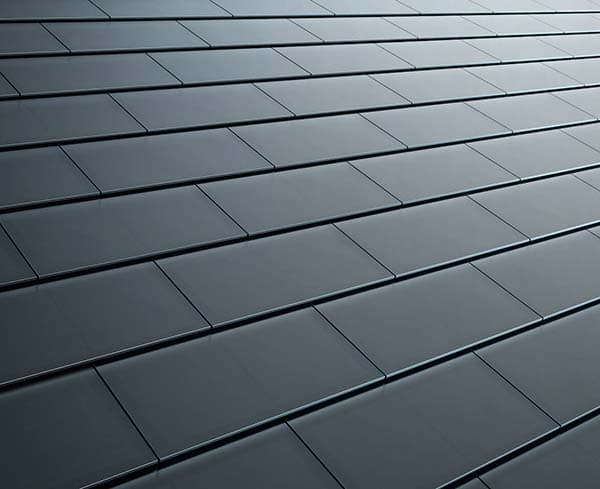 How does Tesla Solar Roof work?

Instead of having several large solar panels attached to the roof, it’s easier, cheaper, and more efficient to have lots of smaller solar panels embedded in the roof tiles.

Joined together they form a massive solar panel, generating enough electricity to run the entire home.

Each tile is made from tempered glass, making them three times stronger than your standard roofing tiles, and they come with a lifetime guarantee.

The glass itself comes in four different options; textured, smooth, Tuscan and slate, and they all look like traditional roof tiles.

Coupled with Tesla’s Powerwall, a home battery, enough electricity can be stored to run a home for 24 hours.

“During the day you fill up the battery, and then at night you use the battery. It’s pretty straight forward really, it’s not that complicated!” – Elon Musk

How much does Tesla Solar Roof cost?

At the moment the solar roof isn’t available internationally, but you can order one direct from Tesla with a down payment of $1000 (US), which is approximately $1,300 dollars Australian.

The company expect to start ramping up installation in the United States in the coming months, and start international deliveries in 2018.

If you order one, installation will be based on your order queue position when Solar Roof is ready for your region. 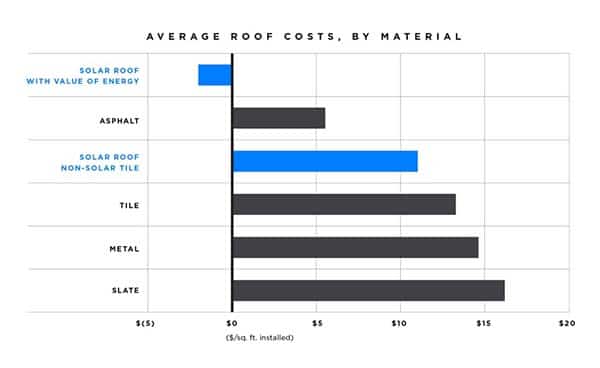 Why make the switch to solar power roof tiles?

There are two main reasons why you should make the switch to solar power; to save money and to save the planet. It’s only a matter of time before everyone will be using home solar systems – it simply makes financial and environmental sense.

Electricity prices are rising every year and The Clean Energy Council estimates that the average Australian household will save $1,034 per year on their electricity bill by converting to a simple 3 KW solar system.

But saving money won’t mean a thing if we don’t reduce our carbon footprint.

We are on the brink of a disaster with the amount of carbon we’re pumping into the atmosphere, and things need to change.

Everyone can play their part, and installing a home solar system is the equivalent to planting 100 trees!

Call us if you’re ready to make the switch

If you feel the time has come to join the energy revolution and make the switch to solar power, then give us a call.

You don’t have to wait for Tesla’s solar power roof tiles, our solar power systems are now cheaper, more efficient, and more popular than they have ever been. Australia has the highest rate of solar panel installation in the world, in fact, it’s estimated that in less than a decade, half of all the country’s energy will come from renewables.

If you would like to install a solar power system or have any questions about how they work or the options available, then contact Bright Earth Electrical today on (08) 8294 0595.