Topline Paint are a South Australian, family-owned business that started way back in 1962. As they can tell you, no business stays open for over fifty years unless they are adaptable, and Topline are staying ahead of the curve with a solar panel installation project by the team at Bright Earth Electrical. 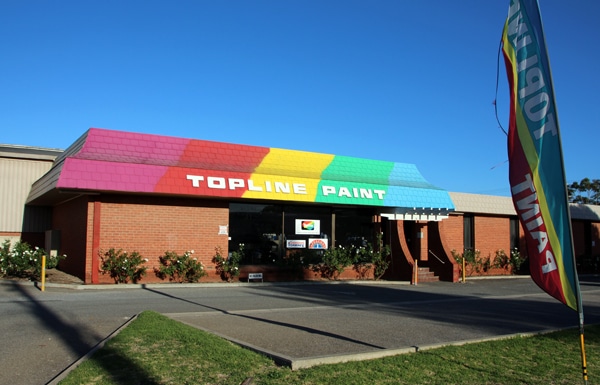 Bright Earth were hired to design and install a 60Kw PV system. This system required a massive 240 individual solar panels, covering an area of 480m2. With a system this big, the first step was to work out the energy usage of the business. We worked out a design and layout, based on the roof size and consumption needs.

When everything was worked out and the figures added up, the system was coming in at twice the size permissible for South Australia power networks. This meant the system needed to be officially checked to make sure the network could handle the excess power that was going to go back into the grid. It was eventually approved, but any system over 30Kw on a commercial premise, needs to have a network protection device installed. 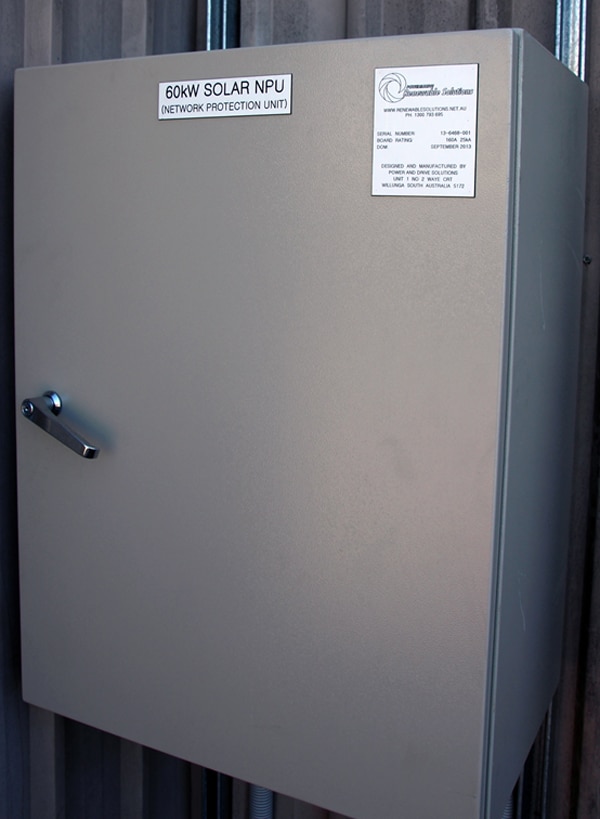 The Network Protection Unit (NPU) is a device that protects the grid from overloading. By detecting slight movements in the power feed, it can tell is any bad or “dirty” power is coming from the solar system and shuts the inverters down. Each NPU is custom designed for individual power systems, and all wiring diagrams and engineering reports are submitted to South Australia power networks for approval.

Once the Power Networks gave the approval, installation got under way. The roof was six metres high, so we had to use a scissor lift to get the 240 solar panels up there. Surprisingly this was the least challenging part! The difficult part came with the solar inverters.

Each German-made 15kw SMA inverter weighed in at a hefty 59kilos, and there were four to install. Unfortunately, the system was being assembled on a large shed, and as such there was nowhere strong enough to support that much weight. Eventually we overcame this problem by fixing a weather-proof board, and then attaching the inverters to that, allowing the weight to be distributed evenly. 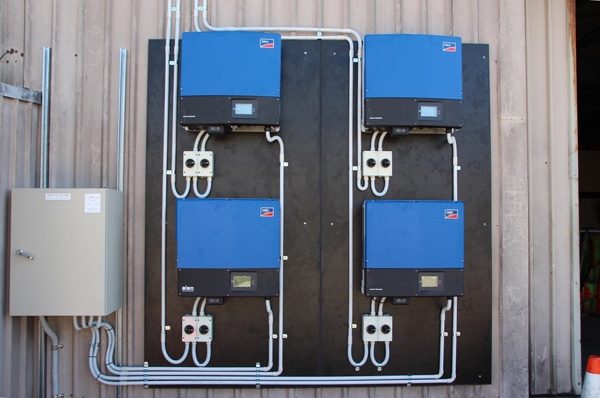 Safety first on the project

This solar panel installation had three strings, with 20 panels per row. In the end the total voltage was 720v DC, and because of this high number, Health & Safety comes into play. According to regulations, any solar panel system over 600v must have restricted access. To comply with this, we built a fence around the system, making it accessible only by key. We then added warning signs, stating hazardous voltage and that the roof was a restricted area. 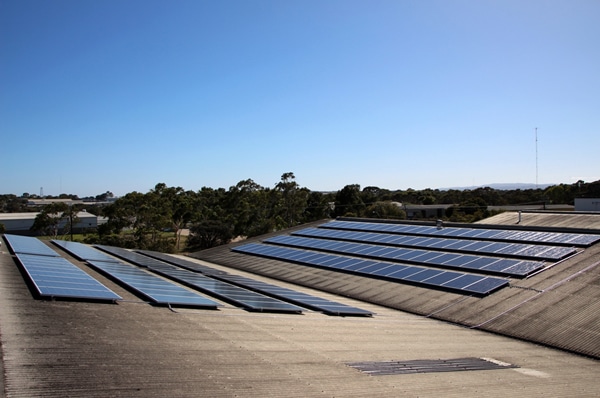 Once the system is finished it still needs to be certified by the South Australian power networks. They came out and inspected the installation, ensuring the safety, build and metrics of the system. The Network Protection Unit was examined, and the values programmed were all scrutinised. Everything was perfect and we were given the green light to switch to solar power!

In the end the results are impressive. The system has an annual production of 91,283kwh. If we take the average price per unit to be 33cents, that’s $30,000 worth of electricity! And it’s not just a financial win, it’s an environmental one too. This solar power system is offsetting a total of 69.4 tonnes of greenhouse gases. To put that it real terms, that’s equivalent to 13 passenger vehicles taken off the road last year! 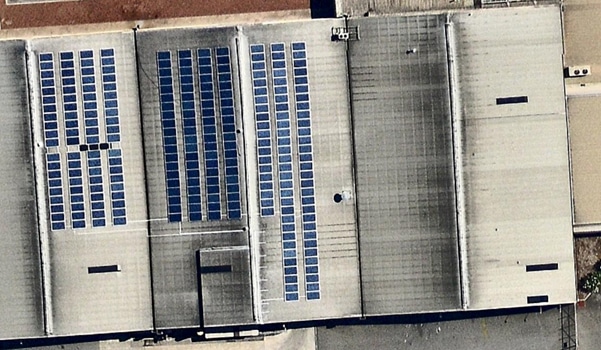 The Topline Paint installation is the perfect example of why you should make the move to solar. The sun is giving us all the energy we could ever need, and it’s only a matter of time before it’s the primary source of our electricity here in South Australia. Make the switch now, sooner rather than later, and not only start saving thousands of dollars, but the planet too.

Call us today if you have any questions regarding a solar panel installation. Our friendly and knowledgeable staff will be happy to answer any questions you may have.

Why you should invest in a solar energy system sooner rather than laterPrevious Post
New Tesla Powerwall installation up and running!Next Post