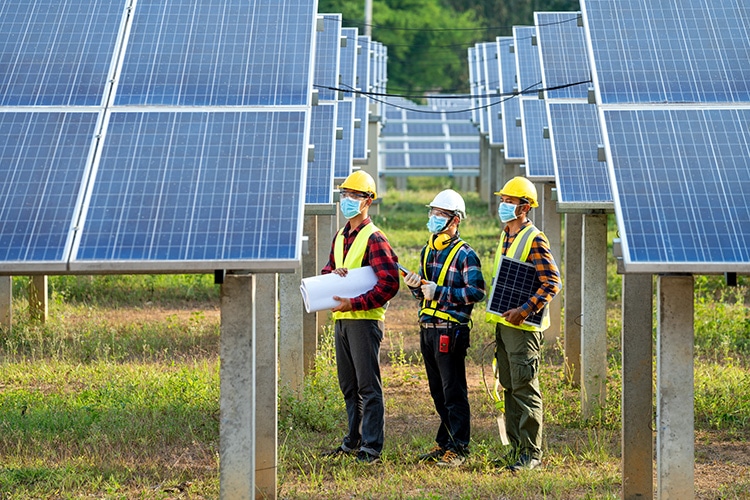 2020 was a bad year on a global scale. Millions have died from the deadly Coronavirus, even more people lost their jobs, and economies around the world crashed.

Despite all of this, there is one industry that has continued to grow in Australia – renewable energy.

With State and Territory Governments supporting the industry, renewable energy in Australia showed no signs of slowing last year.

Indeed, significant milestones were set during this period, with more than 25% of the nation’s electricity coming from renewables for the first time.

Most of this increase came from the Australian public in the small-scale sector, installing solar in their homes and businesses. Over 3 Gigawatts of new capacity were added last year, setting a record for the fourth straight year.

Large-scale projects contributed over 2GW through 32 new projects around the country, and the trend is showing no sign of abating.

At the start of this year, 76 large-scale wind and solar projects were under construction, representing more than 8 GW of new capacity and employing over 9,000 Australian workers.

Solar is the future of renewable energy

We’ve been saying for a while now that solar power will be the future of renewable energy in Australia, and last year’s statistics show this is starting to happen.

Solar power, both large and small scale, generated 35.8% of our country’s renewable energy generation, overtaking hydropower for the first time.

Wind is still Australia’s leading source of renewable energy, at about 35.9%, so as solar technology becomes cheaper, more abundant and more efficient, we can expect wind to be overtaken within the next 12 months.

Renewable energy in Australia now makes up almost one-third of all energy generated, ahead of gas and liquids, but behind coal.

While there is no federal policy on renewable energy, each of the States and Territories have their own goals, targets and plans for the industry.

Surprisingly, it’s Tasmania leading the way, with the state producing more renewable energy than it consumed last year. They are doing so well that the Tasmanian Government is looking at becoming a major clean energy exporter.

Here in South Australia, we’re making fantastic progress in meeting our renewable targets, with almost 60% of our electricity generation coming from renewables in 2020.

According to official statistics by the Clean Energy Council, there were 378,451 rooftop solar installations in Australia throughout 2020, which was the most installs ever, beating the previous record set back in 2012.

The average system size also passed 8 kW for the first time last year, while the industry’s 3 GW of installed capacity easily beat the previous record of 2.2 GW set in 2019.

We’ve also spoken recently about solar batteries and how they’re now an important part of any solar installation.

Last year Australian households installed 24 thousand solar batteries, with a combined capacity of 238 MWh. On an industrial scale, 16 utility-scale batteries under construction at the start of this year, representing more than 595 MW of new capacity. 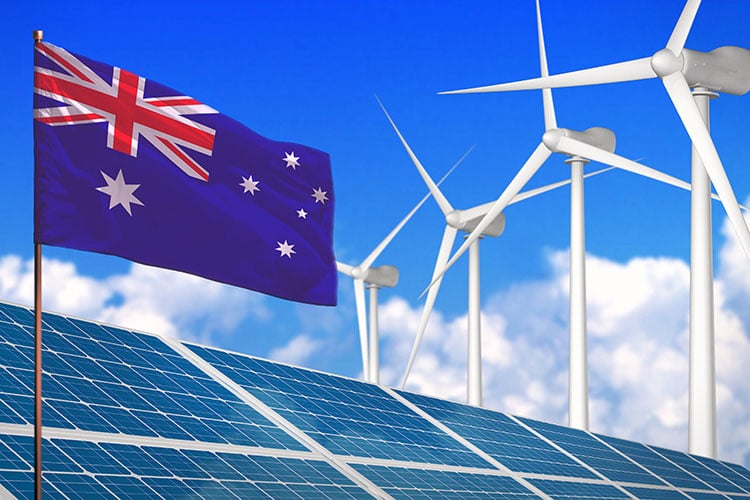 The future of renewable energy in Australia

The statistics have been backing up what’s been obvious for a long time; renewable energy is the future.

Even in the middle of a pandemic, when global energy consumption dropped by 5%, renewable energy rose by 10%.

And it’s not just in Australia.

In fact, Asia leads the way in renewable energy accounting for 64% of all new capacity – almost half of all green power on the planet.

Australia and New Zealand might not produce the cleanest energy by capacity, but we had the largest growth rate in the world in 2020 at 18.5%.

In Europe, renewable energy overtook fossil fuels for the first time, spurred on by EU wind and solar projects. 38% of Europe’s electricity came from renewables, while 37% came from fossil fuels.

On the whole, hydropower is the biggest renewable energy source making up 43% of all green power globally. Hydro’s growth is slowing though, especially in comparison to wind and solar power.

Solar increased by 22% globally, and wind increased by 18%, a trend we’ve long been predicting here at Bright Earth Solar.

If you want to join the renewable revolution then contact us today.

Installing a home solar system is the perfect way to help save the planet and save thousands of dollars while you do it!

The world is switching to renewable energy – don’t get left behind.

If you’re interested in adopting solar panels and becoming self-reliant for your energy needs, then contact us today.

All our advice is free with no commitment to buy, so give us a call and let’s have a chat about making the jump to solar power!

Set your Author Custom HTML Tab Content on your Profile page
3 questions worth asking before installing solar panelsPrevious Post
We are now confirmed by the Clean Energy Council as an approved solar retailer!Next Post