Renewable energy is now the cheapest form of electricity

He thought it might take a decade for renewable energy to become cheaper than oil, when in fact, it happened in half that time.

The only thing he got wrong in this prediction was the timeframe.

“I think in the coming decade, as oil prices start to rise and as the cost of wind and solar and renewables start to drop, the two currents will probably cross in maybe ten years.  So in ten years it will be the marketplace which then begins to drive the whole thing forward because of the dropping cost of solar cells and rising efficiency and the rising price of oil.”  Michio Kaku 2012

As one of the smartest men on the planet, Michio Kaku is the kind of guy you should listen to. 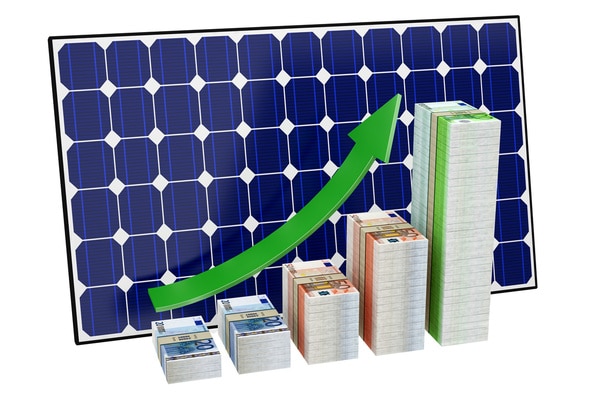 Solar power – the official renewable energy of the future

The cost of power generated by solar has plummeted in the past few years, and as we enter 2017, it is now officially the cheapest new form of electricity.

2016 was a tremendous year for solar power. China played a huge role, by investing heavily in solar, and helping other countries finance their own projects.

At the start of the year, a record was set for the cost of electric production via solar.

Private companies bid on contracts, and those who can offer the lowest price per megawatt-hour take home the deal. Finnish company Fortum Finnsurya Energy Pvt Ltd won the contract by producing electricity at $64 per megawatt-hour.

This record was smashed again in August by Spanish company Solarpack, who quoted an astonishing $29 per megawatt-hour.

This is currently half the price of competing coal power. 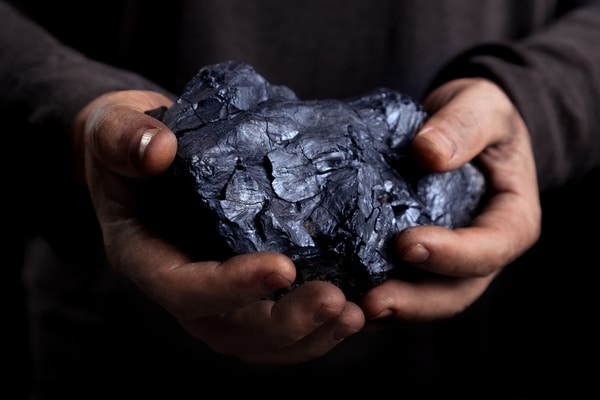 The beginning of the end for fossil fuels

Once a new solar plant is built, the comparative cost of running it compared to a fossil fuel power station, is practically zero. Given the choice, power companies will always go for the option that makes the most profit.

This has a snowball effect – as coal and gas are used less, the cost of using them to generate electricity rises. As the cost of coal and gas power goes up, more renewables will be installed.

It’s a cycle that signals the beginning of the end for fossil fuels. And as technology improves year on year, becoming cheaper and more efficient, this downward trajectory of fossil fuel plants will only become sharper over time.

It is estimated that by 2030, half of all the homes in Australia will be self-sufficient when it comes to their energy usage. As more people make the jump to solar, the cost of traditional power sources is going to increase.

We can help set you up with an incredible new solar energy system, using only the very best equipment.

We have a range of options to suit every residential requirement so make the move to efficient and renewable energy today, so you can start saving on your energy bills now.

Don’t get left behind!

A solar energy system will last for at least a couple of decades. That’s at least 20 years of saving money, avoiding rising energy costs and being your own supplier.

The Clean Energy Council estimates that the average Australian household will save $1,034 per year on their electricity bill by converting to a 3 KW solar system. Being conservative, that’s over twenty thousand dollars saved on electricity bills – not a bad return for the initial investment. 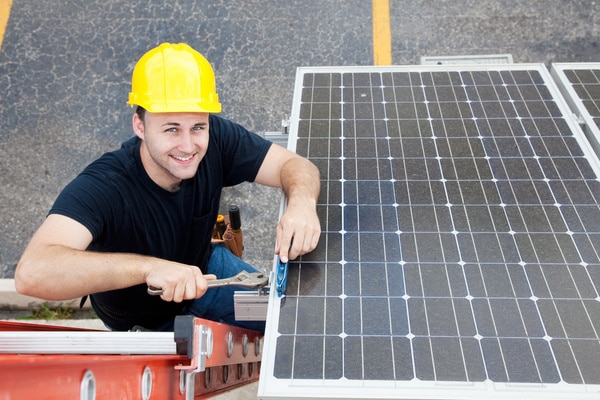 It’s time to make the switch to solar power

The sun gives out enough energy in one hour to meet the entire world’s needs for a year. If we could harness even a small percentage of this unlimited energy, we could change the world.

Climate change is a real issue we need to face, and burning fossil fuels for our energy supply is no longer a viable option.  Solar power is a renewable energy and doesn’t damage the environment in any way.

The average solar power system in an Australian home will eliminate 3-4 tons of carbon emissions each year. By switching to solar power, you’re not only eliminating your own personal carbon footprint, but it’s the equivalent of planting approximately 100 trees.

If you have any questions about the process, please give Bright Earth a call today.

Our friendly and knowledgeable staff will be only too happy to help.

Renewable, self-sufficient energy in the domestic market is inevitable, so why put it off?