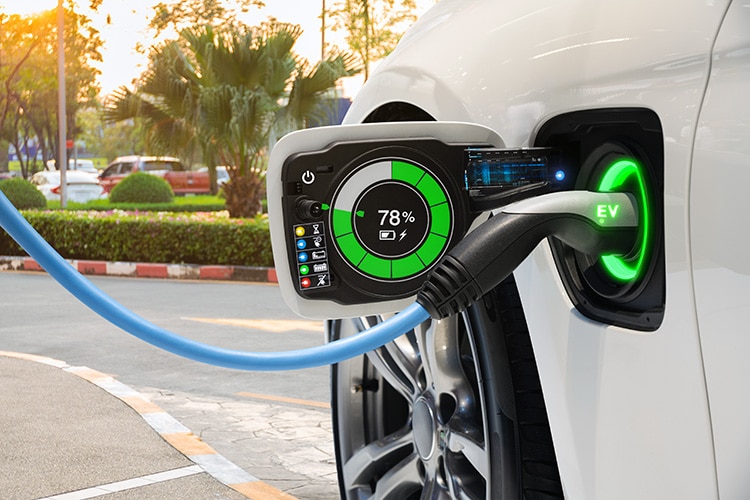 Even today during the global COVID-19 crisis, when oil is so cheap producers are paying buyers to take it off their hands, those savings are still not being passed down to the everyday consumer.

Oil prices reached an all-time low recently, but filling your car still costs an arm and a leg.

The oil companies are still going to make a profit, no matter what, and if you want to get from A to B, then there’s nothing you can do about it.

The death of fossil fuels

Fossil fuels are hydrocarbons, formed from the remains of dead organisms over millions of years.

It takes a long, long time to make oil, gas, or coal, and there’s only so much of it in the earth.

We are using it up at an astonishing rate, and as a finite resource, it’s going to run out eventually.

On top of that, the attitude of people around the world is changing.

There is a new wave of environmentalism, especially within the younger generation, as the effects of global warming become more and more evident.

Going “green” isn’t just a buzzword for people, it’s becoming a serious issue for many, with people (and companies) changing their behaviour, habits, and even entire lifestyles to become more sustainable and help the planet.

One of the ways in which we see these changes manifest is the sudden popularity of the electric car.

The rise of the electric car

Electric cars are nothing new.

In fact, the first electric car was built by Hungarian inventor Ányos Jedlik – almost 200 years ago!

And they were popular too.

By the start of the 20th Century, one-in-four cars on the roads were electric. It was only when Henry Ford mastered the production line that combustion engines became cheaper to make and significantly cheaper to buy for the public that the electric car disappeared.

Fast forward to today and things are starting to change again.

Tesla has been working on an electric car for a while, but the first models, while innovative, were expensive.

Technology has progressed so rapidly in the past decade, that electric cars are now affordable for the average family.

That was 10 years ago, and now the range on the Leaf is almost twice that.

While Nissan was the first company to bring affordable EV’s to the public, other manufacturers are also mass-producing their own versions, including the big names like Mercedes, Jaguar, and BMW, but also the more affordable brands such as Hyundai, Kia, and Renault.

The electric car market is growing rapidly, with an increase of 262% registered in the UK, in the first half of 2020 compared to the previous year, and that’s during lockdown! 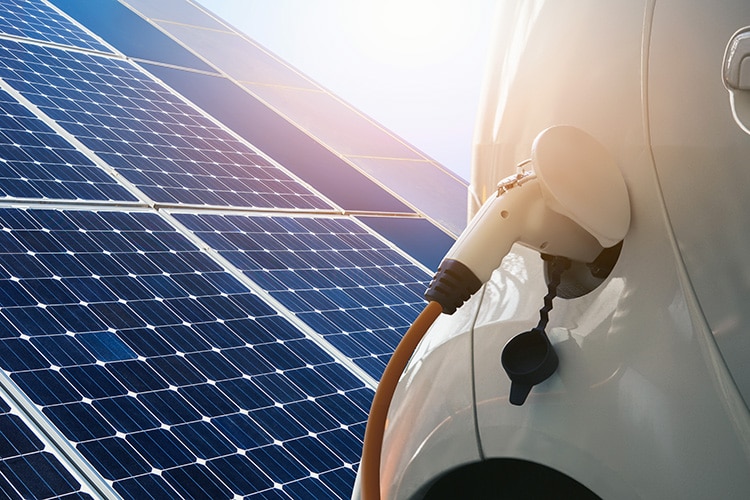 Of course, the wonderful thing about electric cars is you never have to pay for petrol again.

Oil crisis in the Middle-East, another pandemic, multi-nationals going bust… it doesn’t affect you and your electric car.

EV’s can be charged from home or at stations around the country (of which there are plenty).

EV’s will save you a significant amount of money in the long term.

For example, comparing the 2018 Nissan Leaf versus Toyota Corolla 2.0L petrol, you will save approximately $1500 per year in fuel costs!

Add that up over the years and we’re talking serious savings.

And those saving can be even higher if you have solar panels installed in your home.

Generating your own electricity and having an electric car is the perfect marriage of sustainability, ensuring you never pay a penny again for fuel.

If you are interested in buying an electric car or already have one, then take a look at the SolarEdge EV Charging solar Inverter.

This incredible electric car charger is the World’s First 2-in-1 EV Charger and Solar Inverter, meaning there’s no need to install a PV system and EV charger separately.

By using the grid and your solar panels to charge simultaneously, a car’s battery will charge up to four times faster than a standard Level 1 charger.

It’s small, light, and simple to install, add to that the SolarEdge monitoring platform which allows you to control everything from your phone, and you’ve got the latest in electric vehicle solar technology.

Make the switch and start saving

Electric cars are inevitably… the cars of the future.

They are economical to run, have zero emissions, and will soon be cheaper to manufacture than traditional combustion engines.

Why wait until you’ve no choice to buy an electric car? Join the revolution early and start saving money on fuel immediately.

If you wait five years, you’ll look back on all the money you wasted on petrol and kick yourself for not acting sooner.

Add to that a solar system in your home, and you’re self-reliant with your energy and your transport needs.

Contact us today if you would like to know more about our electric car charger, our PV systems, or anything else we can help you with.

Our friendly, professional, and experienced engineers will be happy to have a chat about how we can save you money.

Which brand of solar panels is the best for your home?Previous Post
The most common questions about home solar panelsNext Post