How the pandemic has affected the renewable energy industry

Contemporary life has never seen anything like the Covid-19 pandemic.

Only the older generation who lived through the Second World War has ever experienced anything similar to the impact the virus has wrought on a global scale.

Every industry has been affected;  from small, medium businesses, to large, multi-national corporations, and the renewable energy industry is no different.

Every industrialised country in the world has had a dramatic decline in their economies.

In Europe, both France and Italy have already gone into recession, with GDP falling at a rate not seen since World War II.

According to a report by the Organisation for Economic Cooperation and Development, the UK is likely to suffer the worst damage of any country in the developed world with a slump of 11.5% in national income.

Across the Atlantic, the United States is now also officially in a recession, with unemployment rates not seen since the Great Depression of the 1930s.

With factories, bars, offices, restaurants, and theatres all closed during the lockdown, energy use has fallen by an estimated 10%, meaning that the cost of energy has also plummeted. 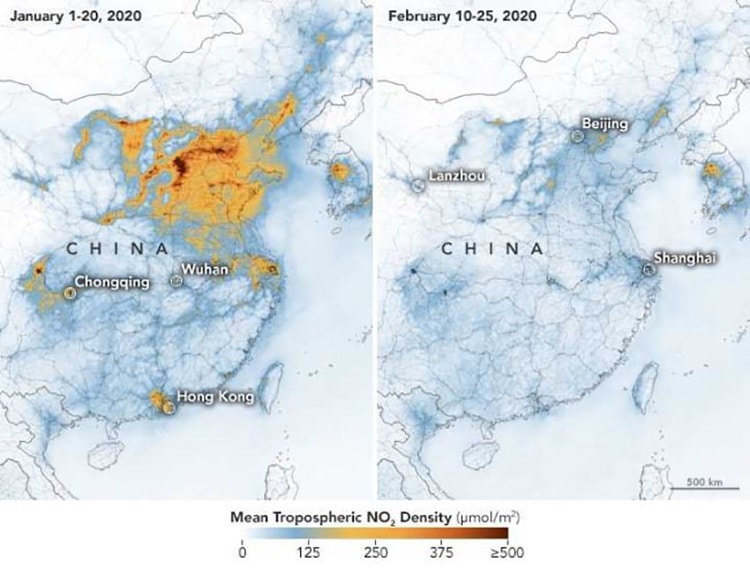 One good thing to come out of this crisis is the benefit to the environment.

As travel has been greatly restricted, cars have remained parked in driveways, ships have stayed docked, and planes have been grounded.

The result is an all-time low in air pollution levels, with researchers reporting the sharpest decline in greenhouse gas emissions since records began.

Some of the biggest cities in the world are experiencing something they’ve not had in generations; clean air. The Himalayas are now visible from India for the first time in 30 years, and fish can now be seen in the canals of Venice again.

The difference to the planet hasn’t gone unnoticed, with many people asking why we can’t make the same effort to fight climate change.

The energy industry has been hit hard on all levels, but none more so than the oil sector.

In April, the price of US oil turned negative for the first time in history, meaning oil producers were paying buyers to take the commodity off their hands.

The coal industry has been hit even harder, with observers predicting it will “never recover” from the pandemic, as the crisis has proved renewable energy is cheaper for consumers and a safer bet for investors.

Even a decade ago, the UK got 40% of its electricity from burning coal, and now the country is celebrating going the entire lockdown without burning any at all.

In fact, since the collapse of oil, coal is now the world’s most expensive fossil fuel.

These stark changes have led some to believe that Covid might bring about the accelerated closure of the fossil fuel industries.

Natural resources and energy consulting company, Wood Mackenzie, says COVID-19 is now threatening as much as $210 billion of planned investment in oil and gas, with investors instead looking at more profitable renewables. 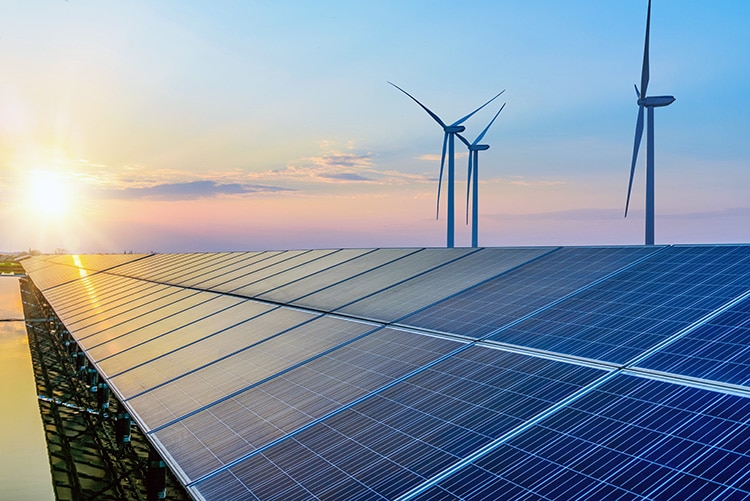 A boost for the renewable energy industry

Renewables have been hit hard too during the pandemic, but will bounce back faster.

Investment in renewable energy has risen exponentially over the past two decades, but even with the world coming to a halt for Covid, it’s just a speedbump on the road of inevitability.

The world’s major institutions and governments are making it clear they are sticking with renewable energy and environmentalism.

Recently the European Commission unveiled the world’s biggest “green” stimulus package, by putting together a €750 billion package and another trillion Euros towards the 2021-27 EU budget, exclusively for environmental funds.

Even with all its horrors, the Covid-19 pandemic has given the world the opportunity to start afresh and make the switch to renewable policies.

Why wait for the inevitable?

As we head into a post-covid world, expect to see a drive towards greener, environmentally safer practices.

Renewable technology will become the forefront of innovation, with businesses, industries, and entire countries all investing in a greener, cleaner future.

You can do your part to help the Earth by investing in solar panels.

By generating your own energy, you not only become less reliant on national power companies, but will save thousands of dollars in the long run.

And if another lockdown happens, for whatever reason, then at least you know you can keep the lights on in your home.

If you would like to know more about becoming self-sufficient when it comes to your electricity needs, then contact us today.

Our professional engineers can answer any questions you may have about installing solar panels in your home or business.

Want free hot water for your family? Catch Power is the answer!Previous Post
Which brand of solar panels is the best for your home?Next Post