Affected by the recent power cuts? Time to invest in solar power

This summer saw a record-breaking heatwave hit Australia, with temperatures rising above 40C for days on end.

From Perth to Sydney, nowhere escaped the heat, with Tarcoola here in South Australia, reaching a crippling 46.4C last week. 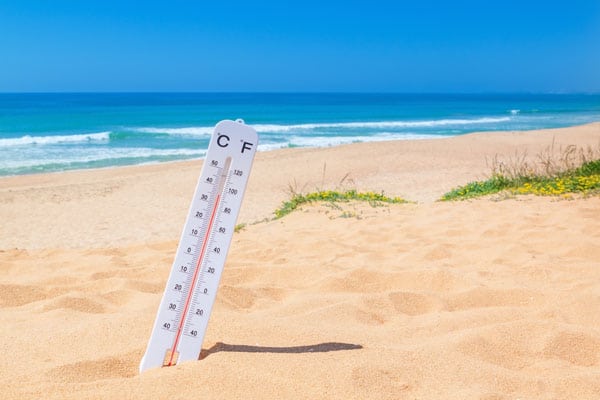 Too much for the system

The severity and length of the heatwave caused power demand to soar, as people switched their air-conditioners up to maximum for hours at a time.

As the temperature in Adelaide hit 42C, the Australian Energy Market Operator (AEMO), shut off power to an estimated 90,000 homes.

This process is called load shedding, and is an exceptional action taken only when the power system is at risk.

What is load shedding?

Basically, when power demand outstrips supply, there simply isn’t enough electricity to go around. When this happens, authorities have no choice but to cut some people off. If they don’t, it can have catastrophic consequences, and the entire system can fail.

AEMO said the supply restriction was the only option to prevent a risk of prolonged damage to infrastructure.

To add insult to injury, three times as much power was cut than actually needed to be.

The AEMO asked for 100 Megawatts of power to be saved, and SA Power Networks switched off 300 MW of electricity.

The company says a detailed investigation is now underway to discover why the software operated incorrectly.

Why did this happen when it didn’t need to?

The bigger question to ask here is why did this need to happen in the first place?

South Australia has more than enough power to meet demand, even on the most extreme days.

In fact, Adelaide has a backup power station at Pelican Point – but this wasn’t turned on.

South Australia’s Premier Jay Weatherill is laying the blame at the door of the Federal Government.

He wants the state to be in charge of the power from now on and is “planning to intervene dramatically in the SA electricity market”.

The Federal Government on the other hand is singing a different song.

Federal Energy Minister Josh Frydenberg says the SA Government should be stabilising the system, claiming that a drop in supply from wind generated power was to blame.

Why is the Government blaming renewable energy?

South Australia has the highest uptake of renewable power (namely wind and solar) of any country in the world on a per capita basis.

This high uptake has reduced electricity costs for everyone in SA, but that also comes at a price.

This flood of cheaper renewable energy has helped hasten the end of traditional power generators which burn coal and gas. Without these generators, there is less capacity to create energy on demand – such as in a heatwave.

This argument by the Energy Minister doesn’t add up, because there was enough power to supply everyone, but a decision was made by the AEMO not to switch on the Pelican Point station, so ultimately the blame lies with them – and him.

Regardless of whether the blame lies with the federal or state government, the problem still exists.

The price of electricity in Australia has more than doubled in the past decade, and those prices are only going to rise as time goes on. The unstoppable growth of cheap, renewable energy means traditional power stations, which run on fossil fuels, are only going to become more expensive.

There comes a point when it isn’t financially viable to keep these power plants active, and as they decrease in numbers, power cuts like the one we’ve just seen will become more of an issue.

The rise of renewable energy isn’t a mystery.

Home solar powered systems are becoming more and more popular, as people take their energy needs into their own hands and invest in solar.

It is estimated that in only 15 years, half of all the homes in Australia will be self-sufficient when it comes to their energy consumption.

And the next time there’s a power cut, you won’t have to worry about the lights staying on.

Contact Bright Earth Electrical today and we’ll tell you everything you need to know about setting up a home solar system.

Our friendly and experienced staff can answer any questions you might have about your decision to invest in solar.