Did you know – the father of modern solar power is Australian!

Home / Solar power / Did you know – the father of modern solar power is Australian! 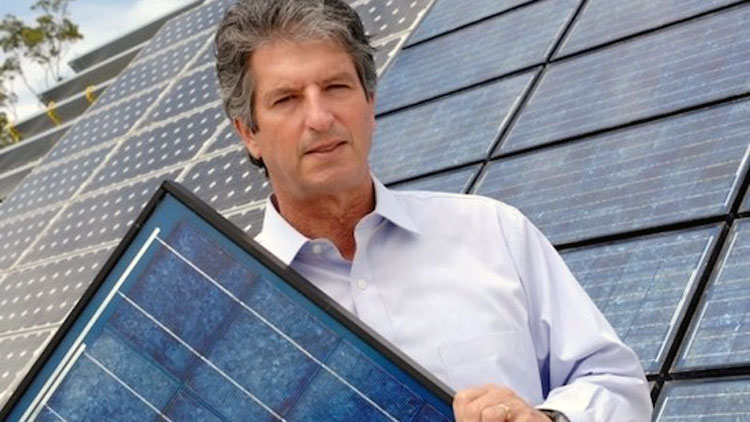 Here in Australia, we’ve embraced solar power like few other nations have. A quarter of all homes in the country now have solar systems installed, while here in South Australia, almost 60% of our electricity generation came from renewables in 2020. Even with our love of solar power, it still comes as a surprise to many people to discover that the “father” of modern solar is, in fact, Australian.

The discovery of solar power

When do you think the photovoltaic effect was first discovered?

The sixties? The fifties? Earlier than that?

It may shock you to find out that it all began with a young French physicist called Edmond Becquerel, way back in 1839!

He was the first person to discover a process that produced a voltage or electric current when exposed to light or radiant energy.

Over the next 50 years or so, many scientists played with this discovery, including Charles Fritts who created the first solar cell by coating selenium with a thin layer of gold.

Small leaps and bounds were made in the coming decades, but it wasn’t until the 1950s when Bell Labs in America realized that semiconducting materials such as silicon were more efficient than the selenium scientists were using up to that point.

Not much changed for another 20 years or so until a young Aussie made his mark on the world. 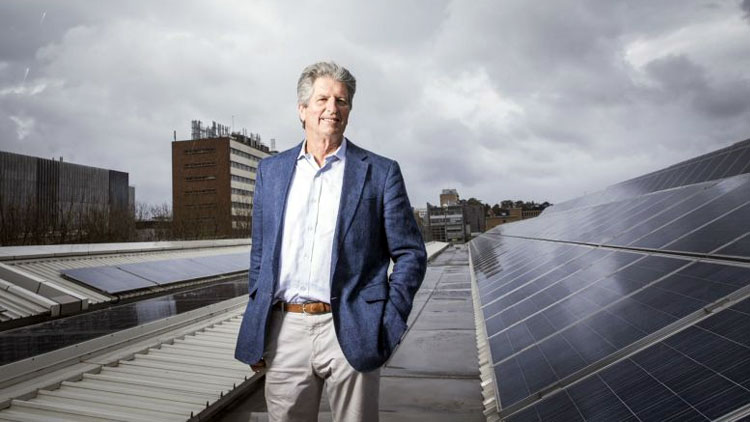 Born and raised in Brisbane, Martin Andrew Green graduated from the University of Queensland and completed his Ph.D. in Canada, where he specialised in solar energy.

Upon returning to Australia in 1974, he started research at the University of New South Wales, initiating the Solar Photovoltaics Group which soon worked on the development of silicon solar cells.

Working out of a small university laboratory built with unwanted equipment scrounged from big American engineering firms, Professor Green looked for ways to increase the voltage on early solar cells.

Pretty soon they were beating everyone else in the field (even NASA) and breaking records in terms of voltage through solar.

Having boosted the voltage, the next step was building better quality cells.

The team’s early efforts broke the world efficiency record in 1983 – a habit the team would continue for 30 of the next 38 years.

While Martin Green is considered the father of modern solar panels, it was one of his proteges who brought it to the world.

Zhengrong Shi was a Chinese student who came to Australia a year before the Tiananmen Square massacre.

Green took Shi on as a Ph.D. student in 1989, completing his doctorate in a record two and a half years – a record which still stands today.

In 1995, the two men lead a team at the newly formed Pacific Solar company, a factory based in Sydney, where Shi quickly earned a reputation for resourcefulness and precision.

Five years later and after some incredible innovations in the solar power industry, Shi was made an offer by the Chinese government he couldn’t refuse.

They convinced him to move back to China and set up his own factory with full government support.

Shi agreed and ended up settling in the small city of Wuxi where he founded SunTech with $6m in start-up funding.

Shi’s innovations were actually ahead of their time, being able to build cheap solar panels with a 17% efficiency was far beyond what any competitors were capable of.

The issue was, 20 years ago, there was no market for solar panels.

It wasn’t until Germany passed Green Laws encouraging people to take up solar power that demand for PV systems sky-rocketed.

Knowing a good investment when they see one, a consortium that included Goldman Sachs came knocking to pitch Shi on taking the company public.

When the company listed on the New York Stock Exchange in 2005, it raised $420m and made Shi an instant billionaire.

A year later he would be worth an estimated three billion dollars and crowned the richest man in China, earning him the moniker “the Sun King”. 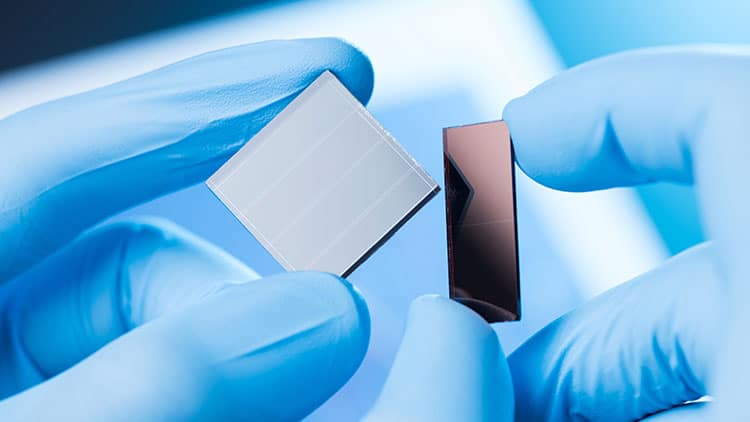 While we may not have discovered the photovoltaic effect, we took the ball and ran with it thanks to Prof. Martin Green.

It was his research and innovations which gave the world the modern solar panel, increasing efficiency year-on-year until it was affordable for homeowners.

And of course, it was his student, Zhengrong Shi, who then took those developments and brought them to the world via China.

Here at Bright Earth Solar, we are very proud to keep on the Australian tradition of investing and believing in solar power.

Our nation is making the switch to renewable energy, both on an individual and national scale, and we are happy to help.

All our advice is free with no commitment to buy, so give us a call and let’s have a chat about making Professor Martin Green’s dream of a solar-powered world come true!

We are now confirmed by the Clean Energy Council as an approved solar retailer!Previous Post
Transform your home solar system with innovative Enphase microinvertersNext Post