Discover which countries are preparing for the future by switching to renewable energy.

The effects of climate change are all around us, evidenced by the extreme weather we’ve been having.

Back in July of this year, Elon Musk promised to build South Australia the world’s biggest lithium-ion battery in 100 days – or do it for free. This week he lived up to that promise with the launch of the new battery at the Hornsdale Wind Farm in Jamestow, where Tesla’s giant 100MW battery was switched on. 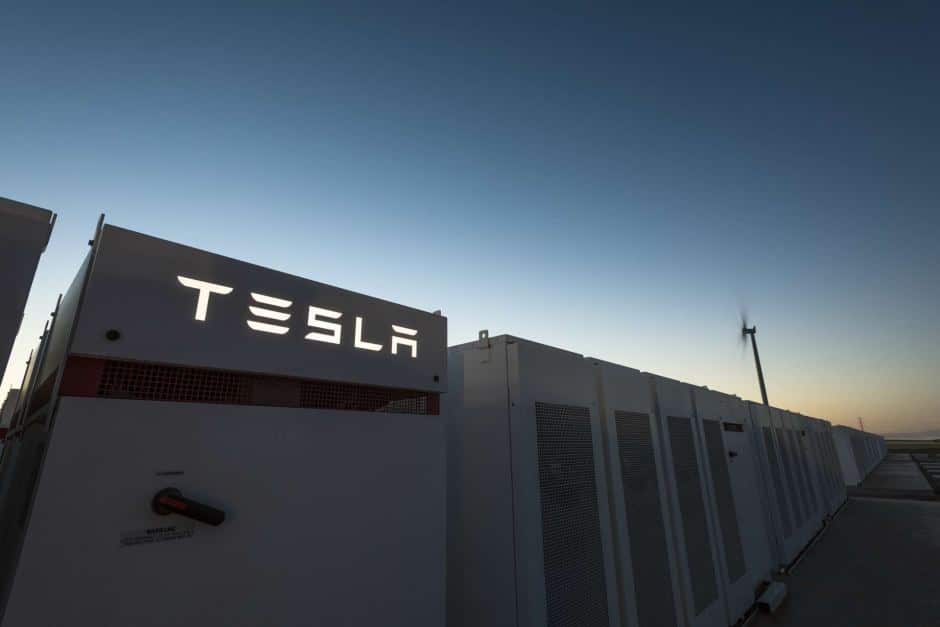 “While others are just talking, we are delivering our energy plan,” he said in his speech, “Making South Australia more self-sufficient, and providing back up power and more affordable energy for South Australians this summer.

“The world’s largest lithium-ion battery will be an important part of our energy mix, and it sends the clearest message that South Australia will be a leader in renewable energy with battery storage.”

The battery has already proved useful, having been called into action a day earlier than planned with unexpected temperatures across SA and Victoria putting an extra strain on power supplies.

The battery was ordered to be switched on by the Australian Energy Market Operator (AEMO) late in the afternoon, pumping up to 70 megawatts of power into the grid to help meet peak demand.

The lithium-ion battery will provide 129 megawatt-hours of energy to the region, enough power for more than 30,000 homes. 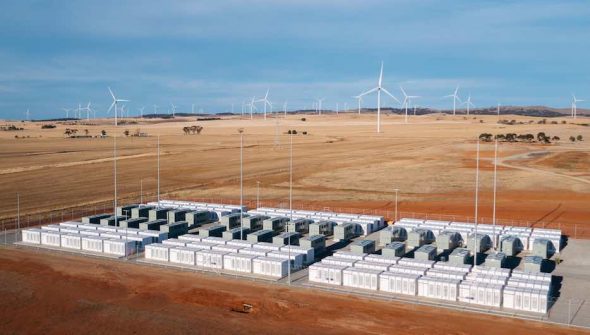 Tesla’s new battery is just that – a battery. It doesn’t produce electricity, but rather stores it.

The electricity is produced by the French-owned Hornsdale Wind Farm.

The problem with this type of renewable electricity has been “use it or lose it”. That is until now.

The new battery sits adjacent to the Wind Farm and stores the electricity generated to be used when needed most.

During heat waves for example, when people have their air-conditioning turned up to 11, the strain becomes too much for the system and thousands are left in the dark with resulting power-cuts.

This time, when that happens, extra electricity can be added to the grid from the Tesla battery, ensuring everyone’s power stays on.

Be self-sufficient in your own home

This type of battery storage has never been seen before at this scale, but Tesla produce smaller batteries for home use, which do exactly the same thing.

If you have solar panels fitted to your home, you’re already saving money on your power bills, but by adding a Tesla Powerwall, you can reduce your demand on the grid by an amazing 75%.

By adding a battery backup to your solar power system, any surplus electricity doesn’t get sent to the grid. Instead, it is stored in your home, ready for use whenever you need it most – just like Tesla’s new installation. 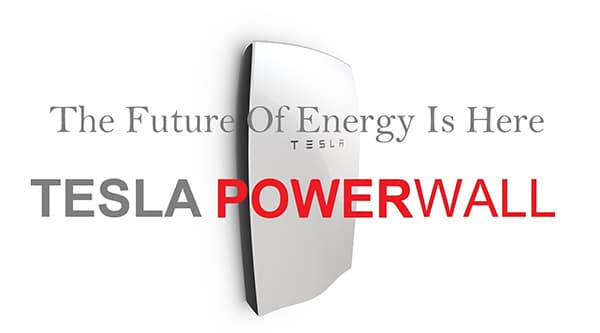 Does the Tesla Powerwall save you money?

Tesla introduced the Powerwall into Australia last year, with a few lucky people getting their hands on one before everybody else.

Nick Pfitzner was one of the first people in the country to have a unit installed in his home, and after six months, claims it has reduced his daily power usage by a staggering 90%.

Call us to take the next step in self-reliance

Contact us today and we can discuss with you your unique needs and what you require, pointing you in the right direction of a friendly retailer.

As demand for solar energy grows, so does Bright Earth Electrical!

Bright Earth Electrical are moving up in the world – and to new premises! Come take a look at our new warehouse.

If you’re confused about home solar systems, then check out our beginners guide!

Sustainable energy comes to the forefront after recent US disasters

Read how Harvey, Irma and Maria have changed the debate on sustainable energy.

The switch to solar power is going to bring many changes. Read how the world will be a better place in 20 years.

Which countries are leading the way in renewable energy?

While some countries are fighting the inevitable, many are moving towards the renewable energy revolution – and it’s surprising to see who leads the way…