Australia is embracing renewable energy – and so should you 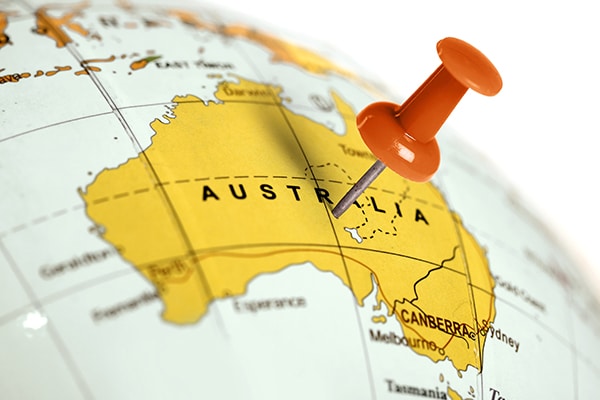 The switch to renewable energy is picking up speed across the world, and especially here in Australia.

With the country aiming for net-zero emissions by 2050, every State is doing its part to meet the quota, with South Australia, in particular, leading the pack.

With a lack of leadership from the Federal Government, Australia States are taking different approaches to renewable energy.

Tasmania was the first State in the country to achieve net-zero emissions back in 2016, and is now working towards a 100% renewable energy target for 2022. Because of the State’s hydroelectrical generation, they produced a massive 90% of their electricity from renewable resources last year.

Victoria is behind other Australian States, but investing heavily in the infrastructure to catch up. At the moment, the State only produces 14% of the energy from renewable sources, but estimates suggest that figure may be 40% in just a couple of years. On an individual level, 16% of Victorian households have solar panel systems installed.

Over a quarter of home in Western Australia have solar panels, but strangely, the State as a whole is behind when it comes to renewable energy. And while there are a number of renewable projects being developed, it remains the only state or territory in Australia without a target to increase renewable energy or achieve net zero emissions by 2050.

The Australian Capital Territory is on track to achieve 100% renewable electricity by 2020, with the help of household battery grants. The ACT now gets almost half of its electricity from renewable energy, the second highest amount of any state after Tasmania.

Surprisingly, NSW is lagging behind when it comes to the push towards renewables, but recent policies and investment has at least got the ball rolling. There are over 40 renewable energy projects in the pipeline for the State, totalling almost 6000MW.

Only 3% of the Northern Territory’s power came from renewables last year, but the State does have an ambitious plan to reach a target of 50% by 2030. There is also a $59 million project to bring solar systems to Indigenous communities in remote areas, which is due to be completed by the end of the year.

South Australia has at least eight new projects under construction and is on track for 73% renewable electricity in just two years. As individuals, we have the second highest proportion of solar PV households, with almost a third of homes getting their power from the sun.

Why Australia needs to make the switch

We are already experiencing the devastating impacts of climate change, evidenced by more frequent extreme weather events. To effectively tackle climate change we must reduce carbon emissions and accelerate the transition to renewables energy.

Electricity generation from coal and gas is dying, having fallen for the fifth consecutive year.

The switch to renewable energy is already happening, and as a nation, we need to be at the forefront of the revolution. Australia is one of the most vulnerable nations in the developed world, as seen in our recent heat waves and devastating droughts, so action needs to be taken now to lessen the impact of climate change.

When are you going to make the switch to solar?

The change from traditional, polluting fuels to renewable energy is already happening, so the questions is, when are you going to join?

The country as a whole is moving towards renewables, but each individual state is investing and planning in their own specific ways.

Here in South Australia, the Government is offering huge incentives to have a solar system installed in your home, saving you thousands of dollars in both the short and long-term.

Now is the time to make the switch!

Contact Bright Earth Electrical today if you would like to know more about switching to solar power, or if you have any questions at all about renewable energy. Our friendly and helpful staff will be happy to answer them for you.

Save up to $10,000 through the home battery scheme and solar panel installation!Previous Post
3 ways you can save money by switching to solar energyNext Post