3 advances in solar technology making it the future of homeowners 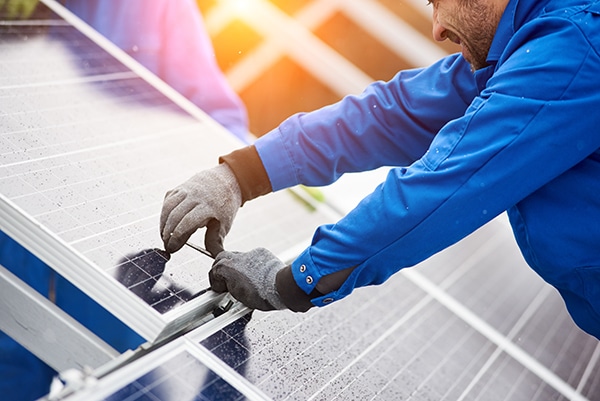 The solar technology we know today was first developed by NASA in the 1950s, with the world’s first solar powered satellite still in orbit 60 years later.

Since then there have been many advancements in solar technology, but it only seems like recently that home solar systems have become affordable enough for the average family.

The truth is that technology develops at an exponential rate, meaning the time between updates or improvements gets shorter and shorter.

By the same reasoning, solar panel technology is advancing at an incredible rate, with new discoveries and inventions changing the industry every year.

Here are three of the latest advancements in solar technology, making it more affordable and more efficient.

Looks can be deceiving

One of the biggest drawbacks of solar panels is their aesthetic quality. Many people think of a home solar system as unsightly or even outright ugly. That’s about to change with developments in how we generate energy.

Last year Tesla’s Elon Musk revealed the Solar Roof, a miracle of modern solar technology. These solar tiles not only look just like regular roof tiles, but, amazingly, are tougher, last longer, and cheaper to make.

Other ways scientists are getting around the aesthetic factor is by making solar panels customisable. A Boston-based company by the name of Sistine Solar has created a solar skin that makes it possible for a solar panel to match the appearance of a roof, camouflaging the system and blending in with the rest of the house.

The Tesla Powerwall was released in 2015, and as with most prototypes, wasn’t then affordable for the average family. Then just over a year later, Tesla announced the Powerwall 2, a more efficient battery, available at a much more affordable price.

This changed the game for many homeowners, who could now afford a battery backup for their solar panel system. This meant that any energy created could be stored and used later on when needed. Many families saw their electricity bills drop significantly with this new technology installed.

Technology forever marches on, so we’re due an updated Powerwall very soon. Version 3 is estimated to have 28 kWh battery, or maybe keep the same specs as the current version, but half the price.

Either way, the future of home storage is looking bright! 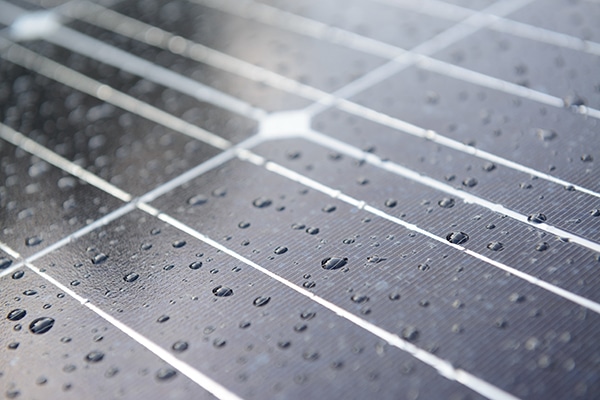 The biggest (and most predictable) opposition to solar panels is the classic “so what do you do when it rains” argument, usually shouted by Luddites who are, for some bizarre reason, against renewable energy.

Well, soon that won’t even be a question, because a University in China has developed solar panels which generate electricity from raindrops!

The team at Soochow University have invented a triboelectric nanogenerator (TENG), which converts the kinetic energy of a raindrop into electricity.

This technology is still in its infancy, but with research and development, the team hope to have working models fit for production in the next 2-3 years.

Why wait on solar technology – call us today!

Home solar systems are growing in popularity throughout the world, but especially here in Australia.

If you have any questions about solar technology, or how much you can save by switching to solar, contact us today.

Our friendly and experienced engineers will be happy to have chat.