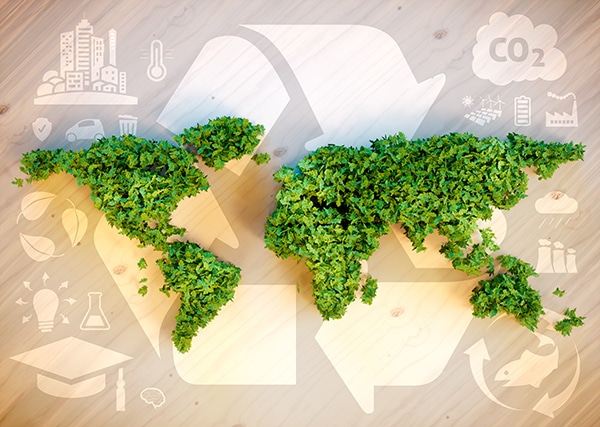 Renewable energy is no longer something we consider for the distant future – many places in the world are already getting 100% of their electricity from Mother Nature.

Many smaller communities, like the Orkney Islands off the coast of Scotland, produce their own energy and act as a shining example to larger countries, proving that running on 100 percent renewable energy is possible.

The good news is, there already are larger cities, provinces, and even countries which have embraced the future and run on renewable energy. Places like…

Costa Rica started down the path of renewable energy many years ago, investing heavily in hydroelectric plants such as the Lake Arenal Dam which was built way back in 1979.

Those investments are paying dividends now, with the Central American country gathering about 65% of its energy from hydroelectric plants alone.

Add to that Geothermal, Wind, and Solar power, and Costa Rica has become the first country in the world to go 300 days using only renewable energy. 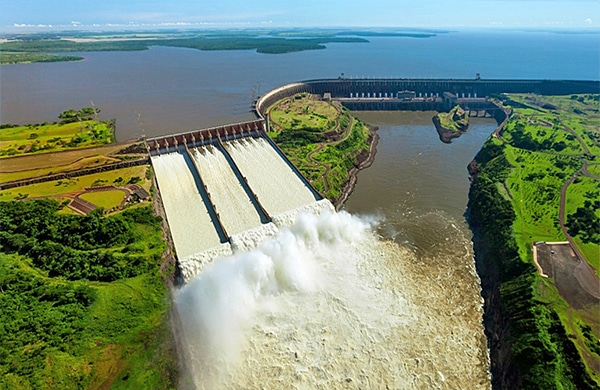 Paraguay is one of the world’s largest electricity net exporters, with 100% of its energy generation coming from hydropower.

The Itaipu dam sits on the border between Paraguay and Brazil, and produced the most energy of any hydroelectric power plant in the world.

This one dam produces 86% of the country’s energy needs, but most of the power is sold to Brazil and Argentina.

Despite only being a province in Canada, Quebec is the fourth largest producer of hydroelectricity in the world after China, Brazil and the United States.

Quebec gets almost 97% of its electricity from hydropower, with wind mostly making up the difference. Only 0.01% of the province’s energy comes from oil.

Because of this commitment to renewables, Quebec has been described as a potential clean energy superpower.

New Zealand as a whole gets roughly 80% of its electricity from renewable energy, mainly hydropower and geothermal power, but the South Island does most of the heavy lifting.

Te Waipounamu (The South Island) generates 98.2% hydroelectricity and 1.6% wind, with around 20% exported to the more populous Te Ika-a-Māui (North Island).

These figures will only increase with two new hydro stations in the South Island expected to be operational later this year. 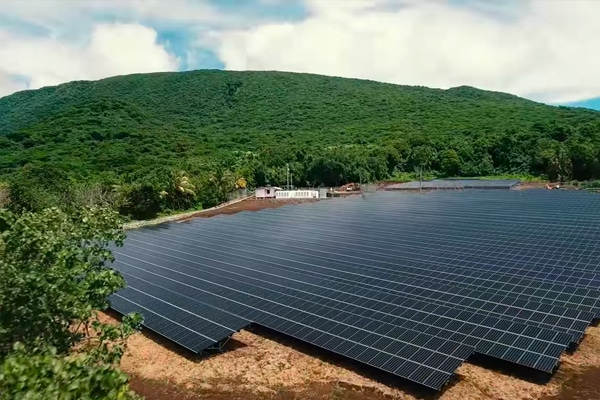 This little island nation makes our list for one very important difference – all their renewable energy comes from solar power.

This is thanks to Tesla, who installed a solar panel microgrid comprising over 5,000 solar panels and 60 Powerwall battery packs.

Like many remote communities, Ta’u previously had to run on diesel generators which burned over 300 gallons of oil per day. Obviously, this was not only extremely polluting, but also unreliable. If a shipment of fuel was delayed, the Islanders had to ration what they had left.

With solar, the inhabitants know they have a practically never-ending supply of energy, and even if the tropical island has a cloudy day or two, the Powerwalls can store enough electricity for up to 4 days.

These are just a few examples of how the world is slowly, but surely, switching to renewable energy.

Even big industrial countries like Germany and the UK are already generating a significant percentage of their electricity from renewables, and nearly every country on earth is investing in the future, with the aim being to be running on 100 percent renewable energy.

Join the energy revolution today and make the switch to solar power.

By becoming the master of your own energy supply, you are no longer reliant on the government and big power companies for your electricity.

If you would like to know more about a home solar system, or how much money you could save by installing solar panels, contact us today and our friendly and experienced engineers will be happy to have a chat with you.